Interview with alumnus Roeland Pelgrims, a successful entrepreneur and expert on start-ups

At the end of January, it was that time again: another Vlerick alumnus hit the news. Roeland Pelgrims was splashed across the columns of De Tijd, in an article about Nobi, the smart lamp for which he had just obtained 13 million euros in growth capital. That is an enormous sum, with which the Belgian start-up can make an enormous leap forward. It also provided us with a good reason to turn the spotlight on the entrepreneur behind the success.

The smart answer to a nightmare

It is the nightmare of every older person who wants to keep living independently: falling unexpectedly and not being able to get up again, and with no one nearby. This is when the Nobi smart lamp springs into action. Thanks to artificial intelligence and sensors, Nobi notices that someone has fallen and has been unable to get up. The device then contacts family or relatives, who can speak with the older person via the lamp.

Today, the smart device is already in use in care homes, assisted living facilities and rehab centres. Thanks to Nobi, carers at these facilities have more time for the tasks that really make a difference.

Nobi is a smart idea, but it was not thought up by Roeland Pelgrims. What’s more: the entrepreneur does not consider that to be his job.

“In all my life, I've never come up with a really good idea, and it’s not likely to happen any time soon. It’s not my job to develop new ideas – that is the work of another co-founder within the start-up. My role is to build a strong company around that brilliant idea. I am good at bringing people together: someone with an idea plus someone who can turn that idea into an outstanding product. That's happening at Nobi, but we're also doing the same thing on the Greek island of Skiathos, where we're building sustainable villas. My role is limited to constructing a solid business model, so that the company is a success.”

Not incubators but accelerators

“Access to capital is often quite easy. Money can be found, but time cannot. Start-ups lose time during the learning process, but you can save time through the quality of your network. At Nobi, the time from design to the first prototype was only six weeks, because we had the right contacts available within our network. For the average start-up, the search takes six to nine months.

That is thus my message to everyone who would like to support the start-up network. Do you want to create positive impact? In that case, help start-ups save time. Even more important than access to capital is access to acceleration. We don’t need incubators, but accelerators. A government body or incubator can help in two different ways. First: offer access to a high-quality network so that a prototype can be made much faster. And second: be a first customer. A government body is much more useful by becoming the first customer than by providing a subsidy. An investor is more useful if it launches a first project than if it hands over a cheque.”

Looking outside your business is a must

Roeland Pelgrims is active in many different areas. There’s the Nobi lamp, OHLIVE Villas on the island of Skiathos, the crypto investment fund Moonbag Capital and a handful of other projects. He believes that variety is a prerequisite for entrepreneurs to be successful.

“I thoroughly dislike non-compete clauses: entrepreneurs who forbid their employees from working anywhere else. I do just the opposite: I require my people to work on another project at least one day a week. For example, a software developer spends four days a week on the Nobi lamp, but does something different on the fifth day, such as drone management software or even a social project.

The people I hire have developed their talent by gaining inspiration elsewhere. They lose that inspiration if you oblige them to only work on your own project. I want people to keep making connections with external networks, projects and creativity. That gives them the fresh energy and inspiration they need to give us the best of themselves.

The exact same principle applies to entrepreneurs as well. If I want to be successful at Nobi, I have to be able to stick my head above the parapet in other companies too. I need to draw energy, ideas and people from there. I'm a great believer in creative diversity.”

Pelgrims enrolled in a Vlerick Executive MBA in 2014. For him, it's undeniable: that programme helped lay the basis for his success.

“During my MBA, I made the contacts that later made it possible to raise the impressive sum of 13 million euros in capital. The power of the Vlerick network is beyond doubt. And on the programme, I became familiar with the concepts, tools and models that I use to manage start-ups. You could say that the MBA transformed me from an enthusiastic creative into a creative with a sound basis. Scaling up from a certain level is possible only with a solid theoretical background. If I look at the impact on my career path, there is an appreciable difference between pre-Vlerick and post-Vlerick. The programme delivered 100% of what I needed.”

“My advice as an alumnus to other Vlerick alumni is: don’t do it alone. The holy grail of a successful start-up is an initial team of people who know the sector through and through, and who have a new idea because they know precisely why the five hundred previous ideas failed. If these experts can surround themselves with people who live and breathe innovation, transformation and business management, everything else will come together – including the funding. In other words, if all the rest is working well, the issue of capital will resolve itself.” 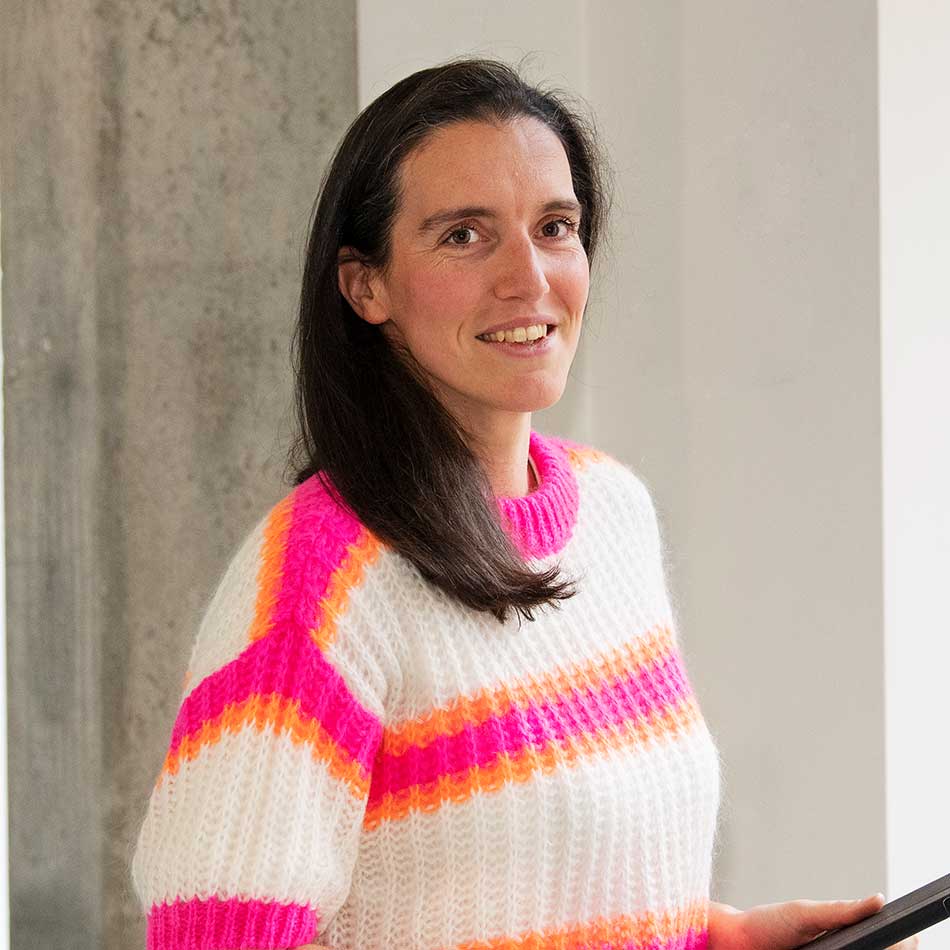