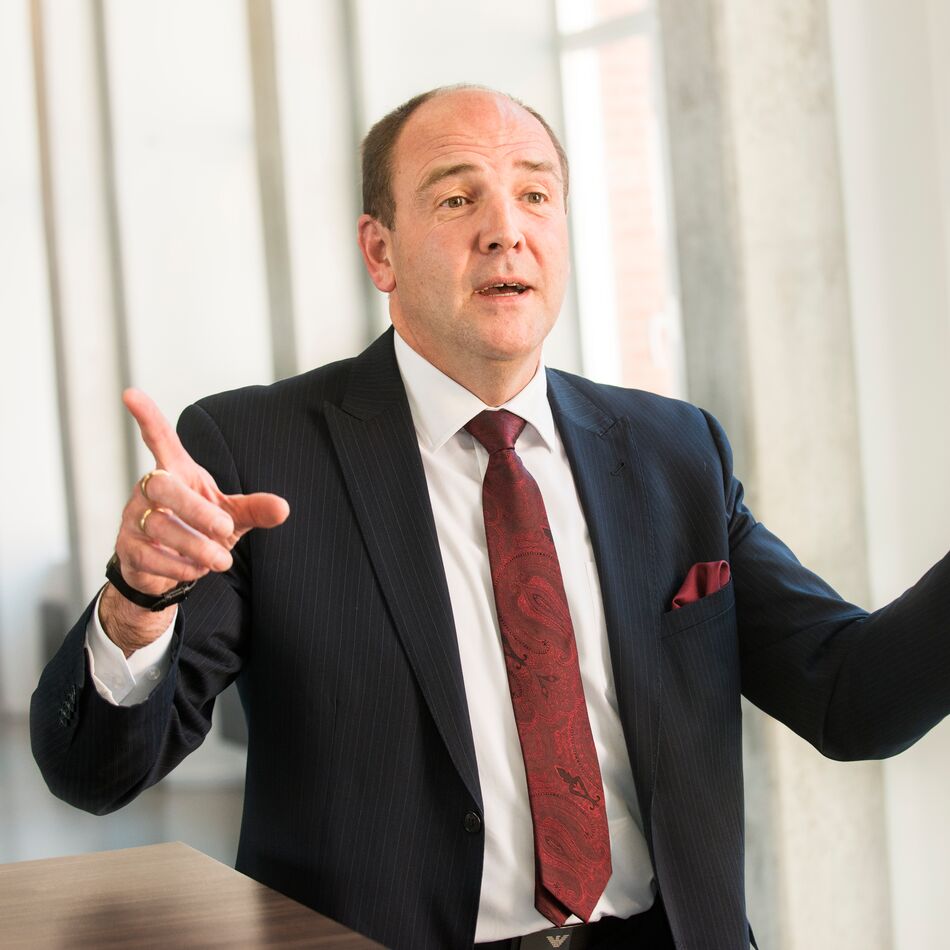 In today’s fast-changing business landscape, how can you position your organisation and your people for success? In his keynote at the 2022 Vlerick HR Day, Julian Birkinshaw, Professor of Strategy and Entrepreneurship at London Business School, shared insights from his research into the models and techniques that can help make your company ‘fit for the future’. He discussed the concept of adhocracy – a way of organising that promotes action and experimentation – and also the style of leadership that is needed to put this concept into practice.

How to unlock the human potential in your organisation

In his keynote at the 2022 Vlerick HR Day, Julian Birkinshaw shared insights from his research into the models and techniques that can help make your company ‘fit for the future’.

Who says that elephants can’t dance?

When looking at the 2020 Fortune 500 list of the biggest US companies by revenue it is rather surprising to see that only 17 companies did not exist in any form in 1995. These are companies like Facebook, Amazon and Tesla. About 200 companies on that list have been around for what seems like forever. Some 50 are spin outs from established companies. And more or less 235 companies have been promoted into the list by gradually growing over the years. The positive conclusion from this analysis is that those big companies are not dinosaurs. They have just simply adapted and transformed themselves. Or referring to the famous book by Louis Gerstner, former CEO and Chairman of IBM, they are elephants who have learned to dance to stay relevant in the future. So how is it that these companies are adapting?

The standard narrative vs. the alternative narrative

There are two sides to this story of transformation. On the one hand, there are changes in WHAT these companies do, such as moving into new business areas or creating little skunk work operations to pilot new ventures which become new businesses that ultimately allow the company to tap into the new technologies.

On the other hand, there are changes in HOW these companies function, such as their internal processes and activities and their ways of working. In the end, this comes down to people and allowing those people to continually adapt.

A good example is an experiment by the Dutch road traffic engineer Hans Monderman, who felt that most Western European cities have over-engineered their traffic systems. So he convinced a few towns in the northern part of the Netherlands to remove all traffic lights and roundabouts and just create a shared space where cars, cyclists and pedestrians could coexist. It only took a few weeks for people to build that adaptive behaviour and to figure out how to find their way across the intersection without causing an accident. And people enjoyed the freedom that was given to them.

This experiment can easily be applied to an organisational setting. Human resource teams, strategy teams, budgeting teams, and finance teams all love to create systems that ensure everybody does their job. To some degree that order is useful. However, it can be just as useful to match complexity with simplicity by trying to take away some of those systems and processes where possible and within boundaries. Adhocracy is privileging action ahead of knowledge and position. In its simplest form, adhocracy simply says that when we aren't sure what the right way forward is, the best thing we can do is to just do something by trying something out, creating a pilot, setting up an experiment or talking to a customer. By doing so, you try to figure out the way forward by doing something a bit different rather than by debating or falling back on rules and procedures. Adhocracy tries to inculcate in people a mindset of action comes first, and structure comes second.

Leadership skills in a digital world

Some two years ago, Julian launched a survey asking people about what they thought leaders needed to be good at in the digital world of tomorrow. Obviously, skills such as defining and articulating a sense of purpose and direction (90%) or acting decisively under uncertain conditions (85%) were seen as essential. But what came out as the third most important leadership skill was getting rid of obstacles and enabling subordinates (68%), which fits in with the role of a leader within the adhocracy model.

In a bureaucratic world, you can be a traditional command and control leader. But if you are trying to get the best out of your people, if you're trying to keep the organisation fit for the future, able to adapt in the ways that we need it to, leaders need to develop and implement skills such as experimentation, setting direction, encouragement, and enablement.