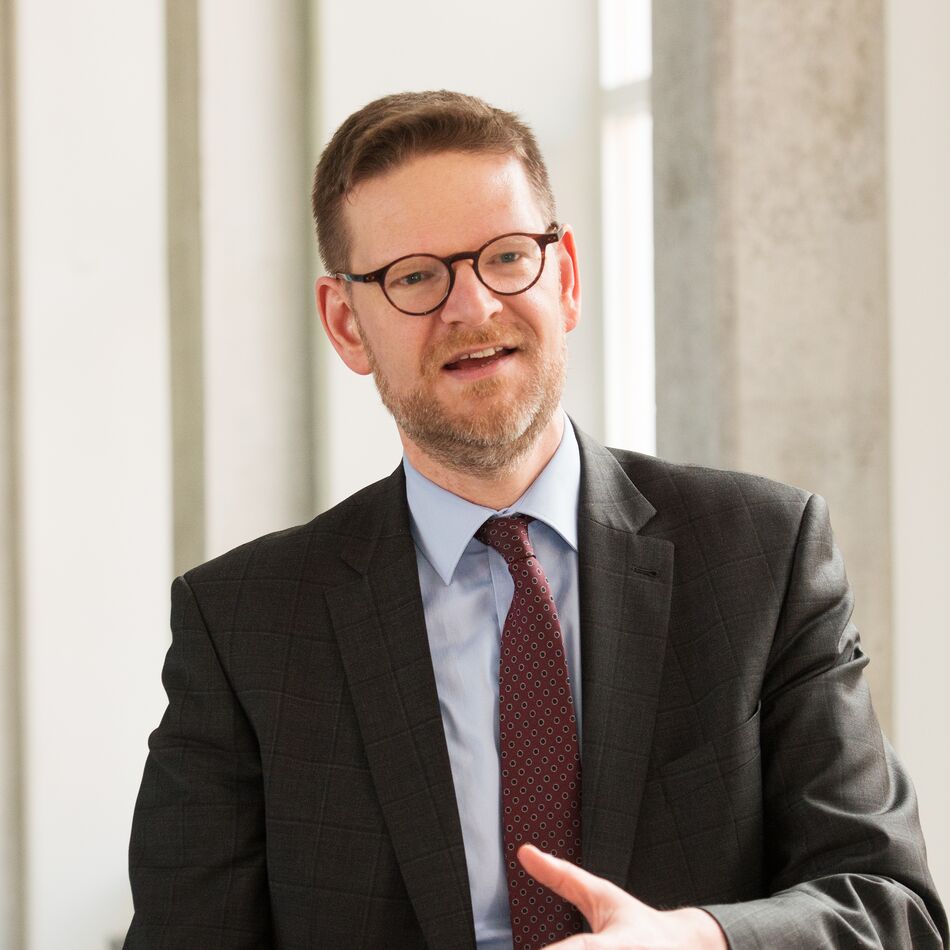 Although Enterprise Architecture (EA) has proven to have a certain durability, the same cannot be said for the ambitious newcomer that is agility. The regional government’s digital ambitions are considerable, and, in our opinion, their success will depend both on the agility as well as the robustness EA can provide.

We therefore invited a panel of experience experts from the Government of Flanders to participate in a virtual workshop. The workshop had three objectives:

The uniqueness of a paradox lens is that it helps to make tensions open for discussion in a meaningful and workable manner. Tensions that are specific to the demanding and diverse field of contemporary business and public management.

In the first part of the three-hour workshop, the emphasis was on several statements concerning EA and the role we attribute to this discipline. In the second part, we took it up a notch with the help of a virtual collaborative platform, testing the paradox lens on the workshop theme.

The signal for the panel to – with a few philosophical detours – hold a mirror up to the research team and challenge each other to scrutinise EA practices within their respective organisations.

Definition and scope of EA

Academics like to start from solid definitions, something we have in common with enterprise architects, in fact. So it didn’t take long before the first terms were explained, and the requisite definitions were defined. The title of the workshop refers to the digital government. A desired outcome of the widespread deployment of the digital transformation in government today. But what do we understand under the term digital transformation?

Is digital transformation something we have known and done for some time now, since IT manifested itself within the organisation? Or is there something fundamentally different about the current advance of digital technologies and the way in which all sorts of applications influence and change society? Obviously, there is sufficient evidence for both options. Based on the discussion, our conclusion is that an acceleration is underway through unprecedented technology-driven change. This acceleration offers extraordinary opportunities for innovation that could fundamentally change sectors. It is precisely because of that that there is a need for a discipline that can deal with the complexity inherent to digital technology and organisational change.

That is where EA comes in. In government, the disruptive force of digital technology offers the possibility to fundamentally restructure the service provisions and supporting processes. Over the years, the panel members have seen a shift from the operational – where efficiency is the code word – to the strategic, where digital transformation drastically impacts the organisational model and government services. The Government of Flanders has shown that this need not be a symbolic shift. Terms such as ‘low touch’ and ‘pro-activity’ have emerged, and the digital re-launch plan was recently presented with the purpose of catapulting the region to the top in terms of digitisation.

So, back to EA. How do the panel members define the role of EA within the changing playing field of the digital government? In Flemish government, the discipline has apparently sustained some cuts and bruises here and there. Some are even unwilling to use the term EA. A far-reaching focus on compliance and modelling has given EA an accounting undertone. In some cases, architects were regarded as a club of obstructionists that put the brakes on innovation and the speed of change. However, the panel members emphasise that this is completely different nowadays: in principle, EA combines the strength of ideas, description and overview with an open mind focused on making complexity visible, facilitating innovation and achieving the digital vision of government organisations.

When we mentioned the meta-discipline of EA – that is the ability of EA to get other disciplines around the table and thread them together – the discussion among the panel discussion heated up. Declaring EA to be a discipline that transcends and acts as a guide for the other domains was apparently a step too far for our panel members. They prefer to think of EA as a discipline that supports decision-making and the implementation of a vision. A weapon to manage an organisation, but also to enable it to develop for a digital future. EA is positioned as a powerful tool to achieve the organisation’s objectives. What those objectives are is part of the strategic orientation of the specific government service or agency, but digital transformation invariably is a part of it.

Considering the earlier definition of EA, we must take a closer look at the role of the enterprise architect. How can the architect best manifest themselves to fulfil their role as connector and ‘opportunity architect’? (See references below to earlier publications.) In other words, how can EA ensure that the organisation is ready to respond quickly and sustainably to opportunities and challenges around it? This is often referred to as agility, the codeword or buzzword to indicate the capacity to systematically identify opportunities and to quickly transform them into added value for citizens and other customers in the context of government. EA is thus a  management tool that facilitates decision-making, ‘drill down’, and the division of complexity while allowing for various speeds within the organisation.

According to the panel, a good enterprise architect brings an arsenal of communication skills with them. They are proficient in clarifying complexity, supported by methodological expertise but – and this is relatively new – with an open mind and a view to the inevitable demand for innovation, change and renewal. Strictly speaking, one of the panel members argued, agility is conceivable and possible without EA, but this decision will come back to bite you fairly quickly in the form of errors, limited shelf life, increasing complexity and a lack of compatibility. So yes, EA should act as a backbone for an agile digital government and architect themselves must embody this premise.

In recent research, professors Stijn Viaene (Vlerick) and Lieselot Danneels (Ghent University) coined the term ‘management paradox’ and spoke about its usefulness when making choices in the context of digital transformations. Beware, a paradox is another type of dilemma, where a choice is, per definition, binary; it is a case of either/or. A paradox implies making a choice between two apparently contradictory interests, and yet people believe it is possible to find a good balance or accomplish both options in a creative manner. A well-known example is the field of tension between exploration and exploitation. People have since agreed that both should be emphasised simultaneously and that it is necessary to invest in both sides of the spectrum but in practice, there is  tangible tension when this choice is raised.

The aforementioned research indicates that digital transformation will mainly lead to a great many of such tensions. But if you can identify and understand a paradox, you can work with it. As such, managing paradoxes becomes the object of our attention. Can you make it clear to the organisation that the paradoxes linked to digital transformation are manageable? How can the shrewd enterprise architect expose paradoxes and help the organisation deal with them?

For the panel it was an introduction to a new way of looking at digital transformation, and after some reflection, the panel members also warmed to the approach. Using generic paradox cards, they shared practical examples of familiar paradoxes: consider the tension between the reuse of existing assets – often dismissed as ‘legacy’ – and the development of new assets. Of the field of tension between autonomous employees and self-managing teams, and the need for coordination and alignment.

The paradoxes the panel could identify most with – with a view to enterprise architecture – were the following:

The article ‘Both/And Leadership’ from Harvard Business Review explains and summarises a few things. In the article, the authors advocate the value of paradox management and creating an equilibrium between forces that connect and forces that divide as a significant task for leadership in contemporary organisations. Things such as a common set of values and organisational culture can help when dealing with paradoxes. Given the ever-swelling wave of digital transformation and the associated turbulence, expectation are that the government manager will also want to apply the paradox lens.

The panel concluded with a preview of next steps for research: a series of interviews with project managers to expose success factors in the reconciliation between agility and the role of EA. After all, the project level is the perfect level on which strategy is transformed into implementation and where strategic and operational choices in digital transformation can lead to tensions.

With thanks to the panel members on behalf of the Flemish Agencies for Local and Provincial Government, Growing Up, and Digital Flanders, as well as the Flemish Public Employment of Service of Flanders (VDAB). 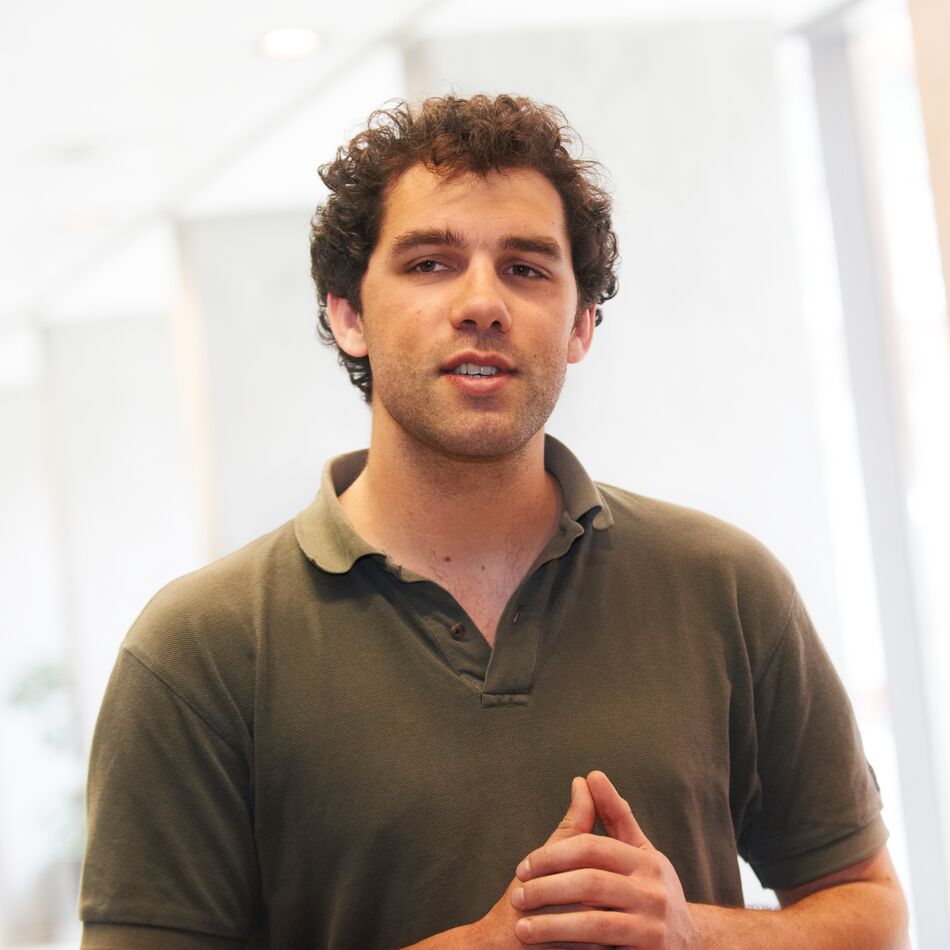