Towards Banking Union and Capital Markets Union in Europe: The Role of Shadow Banks 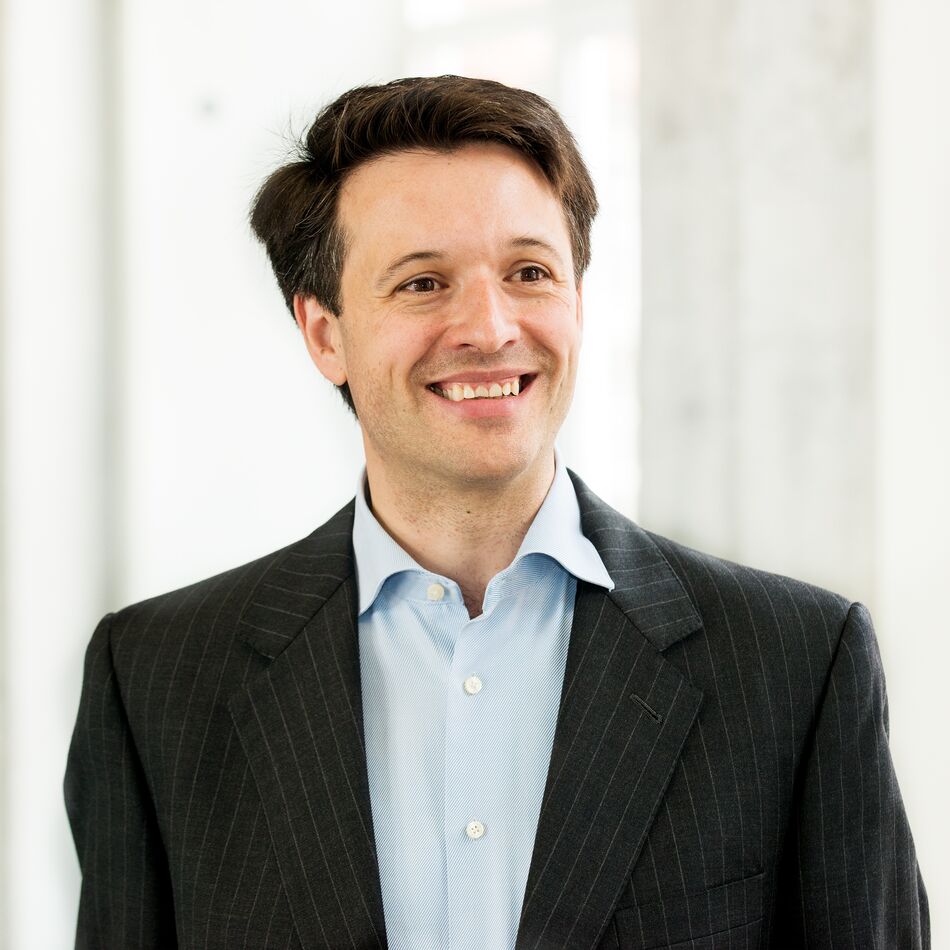 Statement made by the European Shadow Financial Regulatory Committee (ESFRC). The ESFRC is one of Europe's leading academic networks which has been issuing policy recommendations on the regulation and supervision of financial instruments and markets since 1998. It consists of leading economics, finance and law Professors coming from 10 European countries. David Veredas, professor of Financial Markets at Vlerick Business School, is an elected member of the ESFRC. He recently hosted the last meeting of the Committee at our Brussels campus.

The European Banking Union (EBU) saw its beginning in November 2014 when the ECB became the direct supervisor for the largest banks in the euro area. This first pillar of the EBU is known as the Single Supervisory Mechanism (SSM). The second pillar, the Single Resolution Mechanism (SRM), that constitutes a framework for restructuring of problem banks, came into force at the beginning of 2016. The third pillar of the EBU, a European Deposit Insurance Scheme (EDIS), still lacks sufficient consensus and seems far from becoming a reality.

Notwithstanding the important progress on the Banking Union, important challenges remain for the EU banking system. Non-performing loans of European banks are estimated to be around €1,000bn according to recent estimates by the IMF. Moreover, there are serious doubts about the credibility of the bail-in mechanism for unsecured creditors within the SRM in case a large bank faces insolvency, or a systemic banking crisis erupts. It may take another crisis to establish the credibility, or lack thereof, of the SRM.

Another challenge for Europe is setting up a framework for a Capital Markets Union (CMU). The idea is to transform European finance from a primarily bank-based financial system into a system wherein most of the funding is channelled directly to firms and households through non-bank financial institutions and securities markets. These channels are now considered parts of the shadow banking system. Work towards a CMU seems even more complex and politically difficult than the building of the EBU, given the extremely diverse legislative and regulatory setting of non-bank finance in EU countries, and the resistance of national authorities to release powers to Europe.

Shadow Banking and its Contributions

Shadow banking can be viewed as credit intermediation outside the conventional and highly regulated banking system. Shadow banking activities are mostly performed by non-bank financial institutions, but in many cases shadow banking also happens within the regulated banking system. An example is when banks control off-balance-sheet Special Investment Vehicles (SPVs), which invest in securitized loan portfolios (such as portfolios of subprime mortgage loans which were at the heart of the 2007-2009 financial crisis).

The shadow banking system is very diverse and some parts of it perform important roles in the credit intermediation process, especially under current conditions when the conventional banking system is constrained by its legacy of non-performing loans, as well as an increasingly intrusive and complex regulatory framework. Structured finance (securitization), markets for repos, specialized finance companies, hedge funds, Money Market Mutual Funds (MMMFs), and other entities involved in asset management are all parts of the shadow banking system. Conventional banks obtain a large part of their non-deposit financing from the shadow system. Thereby, the shadow system increases the flexibility of the credit supply that otherwise would have to rely mainly on deposit financing. There is little doubt that without shadow banking the supply of credit and the recovery after the Great Financial Crisis and the euro-crisis would have been much weaker. An indication of this is that the US (with its much greater reliance on the shadow system) has recovered at a faster pace than Europe.

The shadow banking system has received much negative attention in last eight years. Securitization, SPVs and investment banks within the shadow system contributed substantially to the crisis that came to its peak after the fall of Lehman Brothers in September 2008. Policymakers in the US thought that Lehman Brothers as an investment bank, and in that sense a shadow bank, could be allowed to fail without serious repercussions. This proved to be a mistake since Lehman was strongly interconnected with the conventional banking system as an important counterparty for hedging and trading activities, notably in the credit default swap market. Lehman’s failure had important indirect effects on the banking system as well, since the liquidity in money market instruments declined and even dried up in some markets. These direct and indirect connections between the shadow banking system and the conventional banking system contributed to the severity of the banking crisis, both in the US and in Europe.

In spite of the experiences during recent financial crises, the shadow banking system can be a valuable source of financial innovation and competition, a more elastic supply of credit and liquidity, while helping to diminish the concentration of financial risk. Since shadow banking institutions do not enjoy the benefits of deposit insurance and, generally, their creditors do not enjoy implicit protection through bailouts, they do not have the same strong incentives to become leveraged as conventional banks.

As the European Shadow Financial Regulatory Committee (ESFRC) has argued in previous statements, the regulatory structure for the banking system can be simplified substantially by a combination of a relatively high leverage ratio and measures to improve market discipline on risk-taking. It would be a serious mistake to expand an overly complex regulatory structure to the shadow system with its less distorted incentives.

Approaches to Control of Systemic Risk in Shadow Banking

The ESFRC thinks that the problem of reducing the likelihood that the shadow banking system becomes a source of systemic risk is subtler than the simple arguments for under- and over-regulation. To elaborate further on approaches to reduce systemic risk originating and amplified through the shadow system we distinguish between direct contagion through interconnectedness between conventional and shadow banking, and indirect contagion through price and liquidity effects in financial markets. These sources of contagion require attention of different kinds involving both micro-and macro-prudential instruments in the hands of regulators and supervisors.

During the past five years or so, international and EU regulators have delivered an impressive set of legislative proposals trying to mitigate negative consequences of the interconnectedness between conventional and shadow banking activities. We applaud increasing macro-prudential attention to mapping and monitoring of interconnectedness along with analysis of sources of systemic shocks. Central clearing facilities in the market for derivatives also help reduce contagion through these markets.

Other regulatory initiatives are intended to make Basel III more sensitive to counterparty risk of particular systemic importance. In particular, large exposures to particular financial institutions are discouraged, should be reported, and must not be exceed 25 percent of eligible capital. We agree that it is appropriate to focus this regulation on conventional banks, since the safety of conventional banks matters most for the stability of the financial system.

The market for repo lending is another potential source of contagion. In particular, a collateral asset that is used in a chain of transactions implies an increase of leverage in the system. We support further work on stronger guidelines for collateral in repo transactions.

Regulation of shadow banking institutions can be motivated by potential contagion effects of fire-sale of assets, which can affect both asset prices and liquidity in money markets. The funding liquidity of banks can be threatened by such fire sales in the shadow system, especially if a distressed shadow institution is large. We support efforts in the EU to strengthen liquidity requirements for Money Market Funds, in particular, since they are important sources of funding for banks. Liquidity problems arising in the shadow sector are of special concern since non-bank financial institutions do not have access to a central bank as a lender of last resort.

Potentially systemic threats may arise in the shadow banking system, as well as noted above. Also, this system may suffer from distorted incentives as a result of the so-called agency problems in a complex system with many transactions. It is then important that incentives of managers are not too short-term oriented, or otherwise insensitive to risk. “Skin in the game” regulation in the securitization process may help but more importantly remuneration contracts must not encourage short-term risk-taking as in AIG’s London office issuing credit default swaps in the build-up of the crisis. Increased financial and even criminal liability of negligent top managers should be considered.

It is also important that shadow banking institutions do not obtain “too big to fail” designations. To avoid special and ad-hoc insolvency procedures, the SRM has to apply to non-banks of systemic importance, on the top of banks.

The impressive set of legislative proposals adds complexity to an already complex regulatory structure and should not lead attention away from the fact that bank capital ratios are still historically low, even after the increase implemented under Basel III. Following previous recommendations by the ESFRC we advocate a minimum tier 1 capital requirement (leverage ratio) of at least 10%. This non-risk weighted capital requirement may consist of at least 5% common equity while the remaining 5% may take the form of additional tier 1 capital instruments such as CoCo bonds, which automatically convert into equity when the financial position of a bank deteriorates. The 10% leverage ratio is to be implemented gradually during a transitional phase of 5 to 7 years.

The advantage of a higher capital requirement is that it provides a credible buffer against unexpected losses associated with interconnectedness. Moreover, it provides incentives for risk monitoring by shareholders and holders of CoCo bonds, thereby mitigating moral hazard and limiting the risk to taxpayers.

Professor of Finance and Sustainability