How can HR play its part in coaching?

Coaching is on the rise, in Belgium more than anywhere else. How can HR play its part? “By providing coaches who are able to establish a relationship of trust,” says Vlerick specialist Peter De Prins. An interview.

Recently, Securex and the International Coach Federation(ICF) carried out a poll among 943 Belgian HR managers. It emerges that no fewer than 85% of the companies concerned provide some form of coaching for their staff. Admittedly, that figure also includes “do-it-yourself” initiatives that the researchers do not regard as genuine coaching. Earlier figures indicated growth in the Belgian market, and that growth relates to internal coaching; the volume of services provided by external specialists remains stable. In Belgium, coaching represents a market of 25 million euro.

“The usefulness of coaching in a business environment is therefore no longer a subject of debate. That phase is behind us. Organisations that aren’t doing it already will probably never take that step,” notes Peter De Prins. He works as an executive coach and lectures at Vlerick Business School, where he is director of the Leadership & Coaching Expertise Centre. However, the emergence of this phenomenon has a flip side. De Prins feels that coaching has increasingly become a sort of catch-all term covering all kinds of interaction between people, while coaching actually requires substantial training and knowledge.

Let’s start with a definition. What is coaching?

Peter De Prins: “There are basically 4 different ways of teaching a person something: framing (telling them something), training (transfer of knowledge), mentoring (sharing experiences) and coaching. By making that distinction, you can already see what coaching is not. Coaching is the process whereby someone acts as a guide who challenges another person to realise their potential. You help people to release things within themselves. Just as good business management is about making efficient use of resources, coaching is intended to encourage an individual to make optimal use of his or her potential. Of course, the coach must be convinced that there is unrealised potential, and the other person must be open to coaching. This latter condition is not always satisfied. I know of a case where the CEO of a telecoms company had no interest in coaching whatsoever, even though a number of his senior managers found it quite useful. Coaching is not therapy, either. As a coach, you do ask persistent questions and, as a result, you often get close to the inner core of the coachee. As long as it is clear that there is sufficient self-regulating potential available, you can continue with the coaching. If that self-regulating aspect is not there, it may be that the person actually needs a therapist and then the coach has to take a step back.”

What types of coaching are there?

Peter De Prins: “People can come up with all sorts if they want to. Wikipedia lists around 15. Personally, I stick to four types: coaching on behaviour and skills, performance or personal development, and executive coaching. The first two—behaviour and skills and performance—are often entrusted to internal coaches. Development coaching tends to be an area for external advisors, because things often come to the surface that people would normally be reluctant to express. Directors and senior management who deal with strategy and long-term initiatives have additional reasons to be coached by someone from outside the company; these reasons relate to confidentiality, hierarchy and the professionalism of the coach.”

Can a line manager act as an internal coach?

Peter De Prins: “That wouldn’t be an obvious choice for development coaching, as a team member will be less inclined to talk about his weak points or his real career objectives with the person who’s going to evaluate him. For coaching on behaviour, skills or performance, I don’t see any problem with that, in principle. The internal coach will probably have undertaken some training. A coach has to ask the right questions, have a focused attitude and, by adopting an approach centred in trust, ensure that the coachee gains new insights. There are specific methodologies for doing this and they’re not easy to learn. An example to illustrate this: research shows that a lot of managers still coach their employees primarily on the areas in which they need to improve and don’t work enough with the employees’ talents. This needs to be reversed. As a coach, it’s appropriate to spend 75% of the time exploring and making use of the talents of your coachee. Coaching is an attitude every manager should display all the time. It’s not an extra task you carry out every now and again.”

Who in a company is eligible to be coached? Does it apply to blue-collar workers too?

Peter De Prins: “Everyone is eligible. Coaching isn’t just for certain roles. You can explain to a worker in 4 steps how to follow a new procedure—that would be training. Or you can approach it differently and, by asking questions, help him learn to decide for himself what the right way to handle that procedure would be. Because you’ve helped him bring his reasoning skills to the surface, the procedure will be “stored” in his memory more easily. Is coaching always the most suitable approach? Definitely not. For a machine where a specific set of actions is required, you’d deliberately opt for a training approach. Also, for newcomers to the company, priority will initially be given to training and mentoring rather than coaching. You can teach them things and share experiences—that’s fine. But you only get a good view of their unrealised potential after they’ve been there for some time.”

Are there specific times when coaching is particularly suitable, e.g. when taking the next step in a career?

Peter De Prins: “Any time when the employee has to draw on his own resources in order to develop his possibilities is a suitable time. It’s not necessarily linked to a new career step, and the timing doesn’t have to be set by a manager. What’s more, a manager who believes in coaching for his team members must accept that coaching may also be a valid method for him. Sometimes you notice that it’s the manager, rather than the employee, who would benefit more from coaching. Going down a route like that with the manager concerned, whether or not it’s in tandem with HR, requires a lot of skill from the coach.”

“A certificate is no guarantee in itself”

What skills does a coach need? Does he need a diploma?

Peter De Prins: “The International Coach Federation lists 11 skills. Others use shorter lists. For me, there are two that stand out. The main skill of a coach is an interest in the other person, the coachee sitting opposite him. Relationship skills are also vital. Successful coaching is about the quality of the interaction. Good coaching gives hope and inspires the coachee to “go all out”. Sometimes you have to help the coachee find the courage to step out of his comfort zone. Then you see things like a normal bank manager who, after a long-term coaching programme, starts up a flower shop and ends up being very happy in his new job because it fits in with his previously unexpressed desire to work with nature. Something like that only works if things click between the coach and coachee. In my opinion, a certificate is not a prerequisite for good coaching, nor is it a guarantee. But let me make something clear: I'm in favour of thorough training, which may or may not lead to a certificate. It separates the wheat from the chaff, and gives organisations the certainty that the coach has followed a high-quality development path. But it’s not an essential condition for successful coaching. Studies show that there are as many successful coaching sessions by coaches who have not followed any specific training as there are by coaches who do have a diploma or certificate. More often than you might think, people mask their innermost thoughts and intentions, and yet as a coach you have to try to understand these thoughts; so, after the predictable top-of-mind responses, you have to ask more in-depth questions. You can learn those methodologies. But those questions will only produce a response if there is a good relationship between the coach and coachee.”

How does a typical internal coaching programme work?

Peter De Prins: “HR often plays an active role. They have drawn up a coaching policy and they know what coaching can mean for the organisation, how you translate that into the business culture, how you can incorporate coaching into the various processes, who could benefit from it. In many cases, they give internal employees the chance to apply to be an internal coach. Then, after an initial screening, they can take an internal training course that is often given by an external specialist. Depending on the size of the organisation, 20 or 30 internal coaches may be trained in this way. A pool of external and internal coaches is then available to all employees who wish to make use of it. And don’t forget, a lot of coaching is carried out on the job by the line managers.”

Can HR tell if the coaches are working effectively?

Peter De Prins: “On the basis of empirical research, we have developed a tool at Vlerick Business School called the Business Coach Behavioural Indicator (BCBI). This index measures the coach’s behaviour rather than his skills. The coach is presented with questions that challenge him to do some self-reflection. Input is also provided by the coached employees as well as internal observers who evaluate whether a result has been achieved, e.g. a desired new behaviour. The process leads to a final score and a coaching profile that we can check against the score and profile of hundreds of other business coaches.”

How to select an external coach

As an HR manager, how do you go about selecting an external coach?

Peter De Prins: “The relationship between the coach and coachee will be crucial. So you have to try to estimate the probability of a good relationship. Is the coach credible? If it’s a CEO who is going to be coached, for example, a coach who has already been on an executive board himself will certainly inspire confidence. Can the candidate show that he is familiar with this type of work? Does he have a good reputation? Does the coach have a passion for the profession, and is he available, or is it a sideline for him? Is he familiar with the sector in which your company operates? Now that there are so many coaches around, you can allow certification to play a role in the selection process. The final test is the interview, at which HR may or may not be present. It is the future coachee who has to consider whether things click with the potential coach. It’s always the coachee who decides whether or not he wants to go with that coach.” 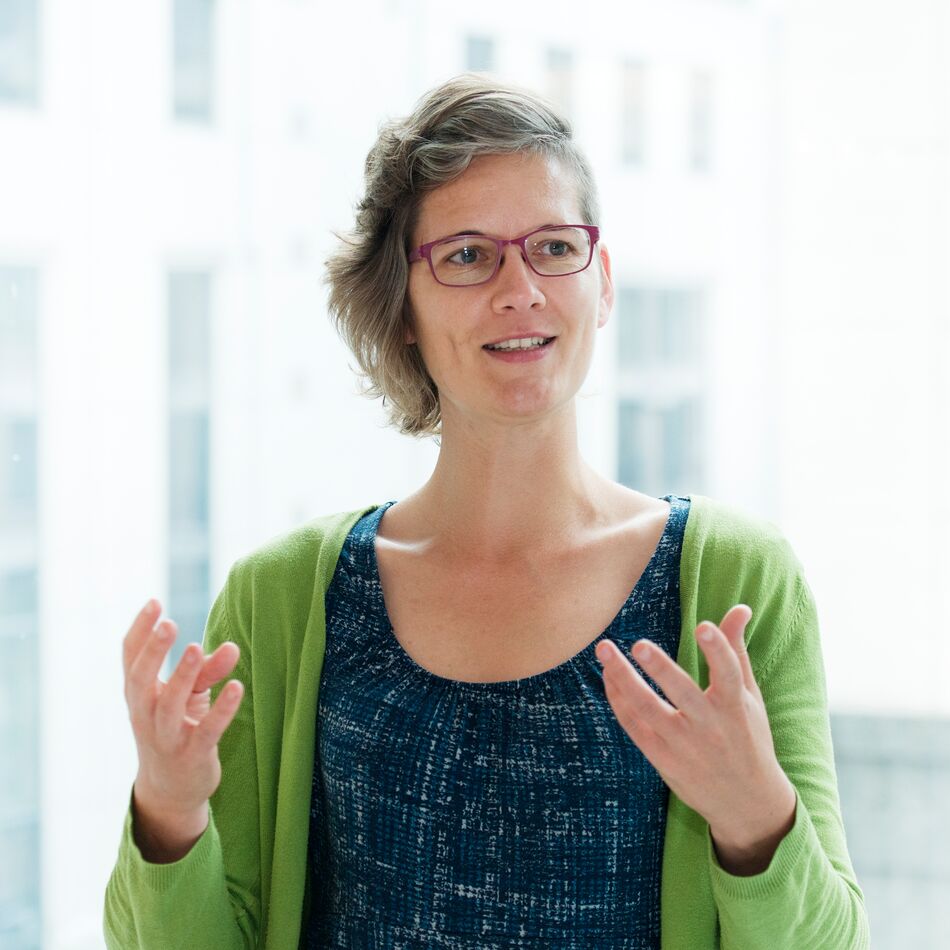