Entrepreneurship is a team sport 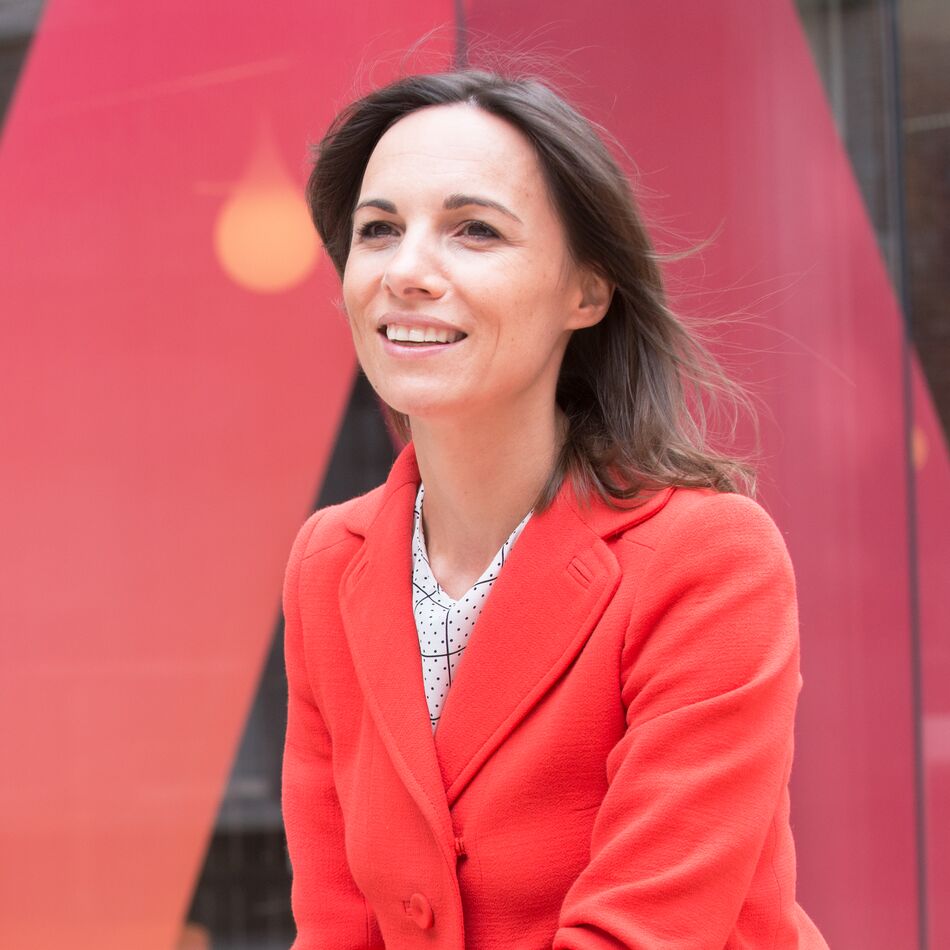 The Vlerick Award is presented annually by Vlerick Business School as a tribute to successful Vlerick alumni who, as entrepreneurs and business leaders, are at the helm of fast-growing organisations. The 2022 Vlerick Enterprising Leader Award went to Tim Van Hauwermeiren. After successfully completing his Executive MBA at Vlerick 15 years ago, he went on to co-found argenx, now a BEL-20 company with a market cap of around 17 billion euros. During the award show, Dean Marion Debruyne sat down with him for a talk about entrepreneurship and the role that Vlerick played in his journey.

Entrepreneurship is a team sport

Dean Marion Debruyne interviews Vlerick Award winner Tim Van Hauwermeiren (argenx) on his entrepreneurial journey. He talks about the collaborative spirit, about optionality and embracing failure and how a business school education equipped him with the knowledge, the skills and the confidence to take the leap.

It has been a remarkable year with the successful FDA approval of the new drug Vyvgart. That also means that Argenx is transforming from an R&D company into a commercial company as well. What does that do for the organisation?

Tim Van Hauwermeiren: “It was a key question we had as co-founders, and I think they will remember that management meeting back in 2017 when we saw the idea to go to market ourselves instead of just handing over the keys of the car to big pharma, which is the traditional model. And one of the concerns was that we would lose the spirit and DNA of the company as we are a science-based, data-based R&D company. We came out of that meeting realising that in our playing field of rare diseases, it's not a numbers game. What is important is the quality of the touchpoints you have with the physicians and the patients. So, we thought we could be successful through marketing from the science and selling from the data. And to my delight that is exactly what is happening. We have an equal number of scientists and medical people in the field as we have sales reps. And when they call on the physicians and they talk about the science, and the biology, and the data of the company, that is actually driving the launch and the sales of the product. I think that is an important revelation. A second thing that is happening is that we now have patients who are addressing the scientists in the company, and that is such a powerful dynamic.”

Suddenly the patient is very real.

“A chairwoman of the MGFA Myasthenia Gravis Foundation of America) addressed all the scientists through a video message. And she spoke about her life, what she suffered as an MG patient, and the poor medication she was on today. And you could hear a pin drop on the floor. At the end of her message, she urged the scientists to hurry because she did not want young women being diagnosed with myasthenia gravis today to have to undergo the same fate as she did. And the power of a patient talking to the scientists is incredible.”

You mentioned the spirit of the company. The name argenx is linked to the story of the Argonauts. You believe entrepreneurship is not about the individual, but about the team. You co-founded argenx with Hans de Haard and Torsten Dreier. Can you tell us a little bit about that collaborative spirit, that idea of entrepreneurship as a team sport, and how you implement that in the culture of argenx?

“I think it's pretty lonely if you're a single person trying to create something from scratch by being an entrepreneur. I do not believe in the myth of the individual entrepreneur in the garage. Maybe it existed one day in the past, but it certainly does not exist today. In the complex and fast-moving world, there's nothing that can beat a complementary team standing shoulder to shoulder. I personally had the courage to jump because I had two co-founders who were jumping with me. We had been working together for about six years. We knew we could be successful together. And we knew how we would react in tough times. The investment community invests in people too. Because in the beginning there's just a business plan with hardly any data or evidence it can work. So, in our case, I think they really invested in the team of founders.

The theme of this edition of the Vlerick Award is fear, fake, and failure. There also must have been failures along the way. You talk about optionality. What exactly does that mean and how do you implement that?

“Whatever scenario play you do, half of your business plan is just not going to work. Therefore, it’s important that you create options, so you're not tied to one solution, one product, or one service. It gives you optionality. And then depending on what the market tells you or the data tell you, you can invest in the winning option and forget about the other options. It’s a very dangerous situation if your company ends up in a binary situation with only one option left. Then it’s make or break, and I think that's really scary. Having an option portfolio is your best insurance policy against uncertainty. And dealing with failure is part of life in an R&D company. A piece of advice to the audience is to adopt the mindset of the scientist, who is doing an experiment that will yield data. There are no good or bad data, but there will be data points you can navigate by. I would be lying if I would say that it’s not emotionally tough when your experiment fails. From the outside, it all looks like it was all planned, pre-programmed and only successful. On the inside, you see as many failures as you see successes.

You also talked about how you knew each other before you started the company. When you were an MBA student at Vlerick, I think you still worked for Ablynx. How does corporate life compare to entrepreneurial life? What is for you the main distinction?

“When I look back at my own career, I realise now that I have always tried to live close to entrepreneurs. As a student, I was very close to Professor Verstraete, who was actually an entrepreneur, disguised as a professor. When working at P&G, I was very close to a person who was an intrapreneur, creating businesses all the time. And ultimately, I joined Ablynx to witness an entrepreneur from as close as I could, and to learn by observing and participating. The big benefit of big corporations is they have time to invest in people. When I look back at my management training at P&G, it would be difficult to do the job I'm doing today without any of that management training. It goes back to the business school too. No matter how entrepreneurial you are, in today's world, you need to be equipped with certain skills and knowledge to be able to do the job. It gives you the confidence, it equips you to then make the jump, and do what you wanted to do.”

I love to hear you talk about management training like that, choosing a business school over the school of life. So, I would love to hear what impact Vlerick had on you.

“It gives you the courage. Companies are very good at making you feel very busy, and you're running from one thing to the next, not having enough time to think. For me, a business school had two big benefits. You had to decouple from the business and spend several hours thinking about totally different stuff. And then the ideas come, and you start to scribble them down. So not only are you being equipped, but you also have time to think. And by the time I came out of business school, I had my toolkit ready to go, but I think the idea was also maturing.”

Well, I do hope that you don't need a lot of optionality in the future of argenx. We do wish you loads of success for the future development of the company and, once more, congratulations on winning the Vlerick award.