The importance of negotiation for CFOs

'Compromises tend to be unsustainable' 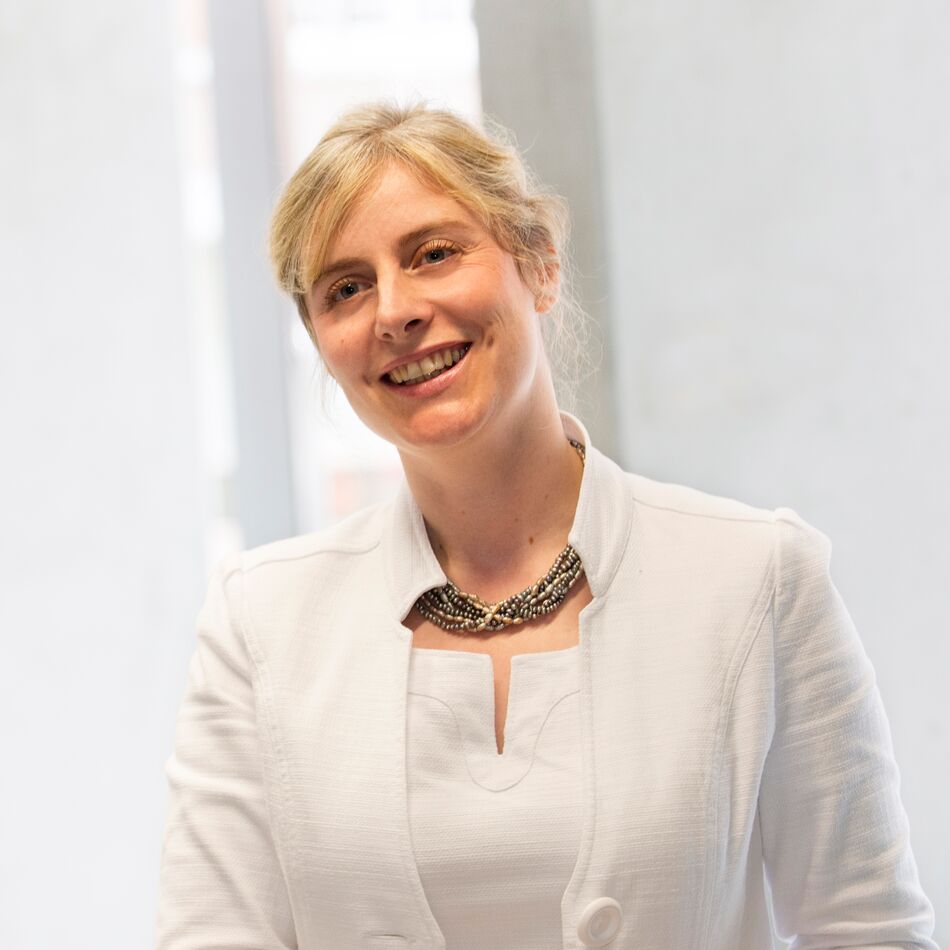 Good CFOs will transcend the bounds of their remit and look beyond the financial horizon. True mastery of their profession requires more than just an open mind: these days a new skill set is required as well. CFO Magazine is asking experts in various fields what a CFO needs to operate in the modern business world. This month, we hear from Katia Tieleman. A professor of Negotiation and Conflict Management at Vlerick Business School, she has already helped numerous politicians and corporate leaders to bring crucial negotiations to a successful conclusion.

Negotiation is something we all do every day, often without realising it: can it really be that hard?

Katia Tieleman (laughing): That's already quite a misconception. I actually get the impression that most people aren’t very good negotiators at all. Certainly for people whose role is more technical, the concept of negotiation is quite often shrouded in an intangible haze of soft skills: people who focus on figures or hard data often tend to feel very uncomfortable when it comes to negotiation.

So how would you describe negotiation?

Essentially, negotiation occurs in any situation where you need someone else in order to achieve your goal. To highlight its importance in hard figures: as soon as someone takes on a management role, they will spend 86% of their day negotiating. Hardly anyone realises that they spend so much time negotiating, as we generally equate negotiation with what I call dealmaking. The situations in which you actually sign a contract or conclude a deal, we might say. But negotiation actually goes far beyond this: from meetings about the concrete interpretation and approach to a project to informal discussions in the corridor.

What makes someone a good negotiator and – even more importantly – is this a skill which can be learned?

Negotiation is a process for which you need a wide range of highly diverse skills. In the initial phase, you mainly need to learn to understand the other party: to switch from knowing to understanding, let’s say. Most managers naturally have good specialist knowledge or technical expertise to fall back on, but do they really grasp the other person's motivation too? Do they understand what is going on under the table as well as what is on it? A great willingness to listen and a hefty dose of empathy are particularly important here. Everyone is born with a certain degree of empathy, but at the same time this is also something you can constantly refine and improve through training. In the second phase, you need creativity to identify solutions which are not immediately obvious. You need to create value and not just distribute it. The third phase is all about assertiveness. You must have the courage to aim high to achieve the most, and not censure yourself. And finally, it is also important to be able to think strategically and adopt a helicopter view. I have developed a model with four keys, containing all the skills you need to be able to conduct effective negotiations in the 21st century. In analogy with EQ and IQ, I call it NQ or Negotiation Intelligence.

Do managers truly appreciate the importance of all these skills?

I don't think so. They don't fully realise what they can gain by focusing more closely on these areas. Although of course this isn't just down to the managers themselves: although numerous companies and organisations often discuss the importance of empathy, for example, in the end it is the hard figures – the results – which are the decisive factor. It is therefore important for companies to start embedding Negotiation Intelligence, as I have called it, into their organisation to a greater extent. For sales people, it's great that a bottle of champagne is cracked open in the department when they achieve good results, but what does the production department make of that?

More NQ and empathy might be the first step towards a successful negotiation process, but surely every manager must also bear the interests of the company in mind?

That's right, it is very important in rounds of negotiations like these to have a thorough understanding of why you want something or why you are doing something. Only once this is sufficiently clear can you start to use the negotiations as a kind of lever to get things moving. In the negotiation process, we often see people restricting themselves too much to fixing things – problem resolution, as it were – and not focusing enough on forward thinking. It's better to steer negotiations off the beaten track, at least in part, as this will help you to find better solutions or strategies. All too often they tend to get stuck in a kind of power struggle between various people, about who has the best idea. Conventionally they would then meet somewhere in the middle, reaching a compromise. The logic of the carpet seller, if you like.

No: it tends to be quite a quick solution, but unfortunately not usually as efficient or sustainable. Just look at our Belgian federal structure, where most stakeholders only ever seem to end up half-satisfied. Here you are far more likely to be treating the symptoms than the actual causes of a problem. And last but not least: compromises generally only work in times of abundance, when the pie is large enough to cut into lots of small pieces. In a context of efficiency or even scarcity – a situation in which quite a few companies find themselves operating these days – these kinds of compromises don't tend to work in the longer term. So it is better to adopt a broader approach to the negotiations and thus try to work in a more forward-looking way. This will allow you to create added value for all the parties involved.

With negotiations, the power factor is almost always present in the background, certainly if a CEO or CFO is also sitting at the table. What are the biggest pitfalls for managers who are in a position of power and have to negotiate from this position?

Every negotiation involves two axes: on the one hand, there is the relationship axis and on the other the aim of the negotiations. What I often notice, for example, is that CFOs don't tend to pay enough attention to the relationship axis, which means they find it harder to get the staff on their side and also have much more trouble generating support afterwards.

In brief, a CFO who only thinks about the figures?

For sure, but true leadership assumes the ability to think outside the box as well. How can I steer the situation to increase my chances of getting things moving? Quite often, I have noticed that people with a lot of expertise who progress from a more technical position to a management role tend to stay too focused on the figures and objectives.

You have already mentioned that we spend a lot of time negotiating without actually being aware of it. If a manager focuses more on human contact, a brief word here and a pat on the shoulder there, will that inadvertently make him or her a better negotiator too?

Look, what distinguishes us from artificial intelligence? There can be no doubt that if you focus purely on the figures and results, a computer would be a better negotiator than a person. The only thing is that for the time being people are better at co-creation, at correctly assessing the needs of their fellow humans, at everything which is going on beneath the surface. This is what allows us to make all the difference in negotiations, and even the hardest manager should never lose sight of that. Being friendly to your colleagues and giving them the attention they need is therefore also a purely pragmatic issue: not only does it keep them satisfied, it also help you to achieve your goals more effectively in the long term.

Are negotiation still too ad hoc in the business sector at present?

Absolutely! Negotiation is one of the few processes which is used throughout the entire organisation, but is often completely lacking in logic. Even though very significant amounts of money are often involved, certainly in negotiations which involve a CFO or CEO. Every negotiation should take the company a step closer to where the whole company wants to be heading. So it shouldn’t be an ad hoc process.

Isn't the biggest problem the fact that companies simply run up against the different personalities and characters of the people who need to negotiate?

It is correct that people are often very good at one particular aspect of negotiation: for example, they might be extremely assertive and manage to get exactly what they want, or they might adopt a highly empathic approach or take a remarkably creative stance. However, it's rare to find people who combine all these skills. As a result, the question which every company needs to have the courage to ask is to what extent their own CFO possesses these three skills.

Isn't that almost blasphemous? Isn't it obvious that a CFO should be all about the figures and keep a very close eye on the financial objectives?

That is logical, absolutely, but these are also people whom you can educate a little. And it is precisely here that business culture also plays an important role: does the culture encourage a more multidimensional approach? Are people also evaluated on this basis? I certainly think that a good CFO should be highly result-oriented, but that alone is no longer enough. To be honest, I think that most companies are gradually getting more demanding in this area, even when it comes to CFOs. In 2017, they are one of the main drivers behind innovation and modernisation projects in companies, so how can companies afford a CFO who swears by the status quo?

Final question: after a round of negotiations, is it a good idea to leave the other party with their back against the wall?

First and foremost: not everything is a negotiation. As a manager, you are perfectly entitled to say: this is my decision and it is not open to negotiation. And of course it is also extremely normal to want to be stronger than a direct competitor sometimes, so there's nothing wrong with extremely competitive negotiations either. If both the result and your relationship with a negotiating partner are important in the longer term, it is naturally better to go for a ‘win-win’ situation for both parties. And it is precisely here that you will find the biggest difference between good and less good negotiators: the good ones will always think proactively, one step ahead as it were. Less good negotiators often tend to be too reactive: I lost out, so now I'm going to retaliate.